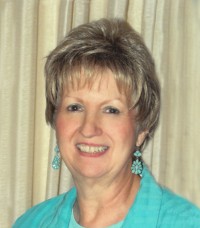 Marilyn Ann (Ewing) Clark of Ford Cliff passed away peacefully on Oct. 8, 2021 at Montefiore Hospital while in hospice care, and had been surrounded by her loving family during this entire stay.

Marilyn was born to Clyde and Neva (Frazier) Ewing on Jan. 16, 1943. She lived most of her life in Ford Cliff and Kittanning areas. Marilyn graduated in 1960 from Ford City High School. She married the late David Clark from Kittanning.

Marilyn loved to cook and bake for everyone. She made sure if someone showed up at her house that they wouldn't leave hungry. She hosted all of the family holiday dinners for over 30 years. Her children and grandchildren have special memories of many of her recipes and all have many favorites. She also was so proud of her grandchildren and their accomplishments and was happy to share how special each of them were to her when anyone would speak with her. She sat through many band concerts, ball games, dance recitals, plays, musicals, banquets, and graduations and loved every moment of it. She battled cancer and its side effects for almost 20 years but she said she had to keep fighting it because she still had many things to see and do with her family.

Marilyn could make anyone feel comfortable and would talk with anyone from family and friends, to people she would just meet in a waiting room or a grocery store. She loved listening to people and hearing their stories.

Marilyn loved dinners with family, completing crossword puzzles, and taking care of her little companion, Bella. She believed that chocolate made everything better and always carried a bag of candy in her purse that she would offer anyone around her at any time of the day.

When someone would visit Marilyn they would receive a true Western PA goodbye. They would tell her they were leaving but then she would have to pack them leftovers, then there would be two more stories, 20 more questions and then they would actually finally be saying goodbye 45 minutes later. She then would have to scoop up Bella and walk to the door and continue saying goodbye and waving until they drove past her home. She liked to extend that goodbye time as long as possible, so Mom we will say "until we meet again".

Left to share memories and stories of her life are her daughter, Terri (Gary) Link of Plum and her son, Todd (Bonnie) Clark of Vandergrift; grandchildren, Tyler (Cassie) Clark, Chelsea (Logan) Tarr, David Clark, Michelle Powell, Megan (Trevor) Kemmerer, Connor Link, Damian Clark, and Emily Link; great-grandchildren, Robert and John Singer and Memphis Clark; brother, Ronald Ewing of Galion, Ohio that spoke with her every day, and brother, James (MaryJune) Ewing of Kittanning; a niece, nephews, and many other extended family members and friends that loved her. She also leaves behind her dear friend, Nick Kibuk and her little dog, Bella, who she spoiled almost as much as her grandkids.

She was preceded in death by her parents; her loving husband, David Clark; and a brother, John Ewing.

The family would like to thank the staff of Montefiore Hospital floor 11S and Family Hospice for the compassion and care they showed to our mother and our family.

The family had a private graveside service and will have a celebration of her life at a later time. Donations in memory of Marilyn's life can be given to Orphans of the Storm, PO Box 838, Kittanning, PA 16201, or the Ford City Public Library, 1136 4th Ave., Ford City, PA 16226.