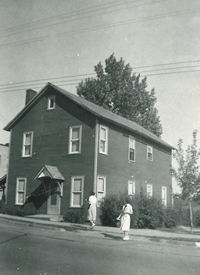 The Bauer-Hillis Funeral Home of Rimersburg was founded in 1912 by Cember "CB" Stewart. Its original location was across the street from the funeral home, the present-day site of Veterans Memorial Park. During WWII, many families chose to conduct funeral services in their homes but the post-war era brought an increase in families desiring services conducted in the modern comforts of the funeral home. This prompted Mr. Stewart to move the funeral home across the street to its current location of 758 Main Street. In 1953, James D. "JD" Miller acquired the business. He and his wife, Margaret, served the families of Rimersburg and surrounding communities for 27 years with the simple philosophy of offering a caring hand. Over the years, JD and Margaret made several improvements, including the addition of the funeral home north wing in 1961.

Rimersburg native Richard D. Hillis purchased the funeral home in 1980 and renovated the building in 2000 to include a new arrangement office and family center in the adjacent building. Local resident Larry Bliss joined the staff in 1993 and earned his funeral directors license in 1996. In December of 2010, Dick sold the business to Jack Bauer, thus changing the name to Bauer-Hillis Funeral Home. Just as Dick continued that same care and compassion as those serving before him, that philosophy continues today. We continue to make Bauer-Hillis Funeral Home a place where our community can enter our doors knowing that the best of care and attention will be offered to them, just as they have received for the past 100 years.

We invite you to take a Virtual Tour

Have a question? Ask us!