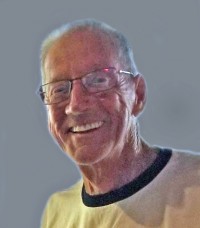 Donald was a 1960 graduate of Union Joint High School and a 1964 graduate of California University with a BA in Industrial Arts. He was employed as an Industrial Arts Instructor by the Armstrong School District for over 29 years until his retirement in 1998.

In his spare time, Don enjoyed hunting, fishing, and golf. Don took great pride in his home and the grass around it. He was a past commander of the Pittsburgh Power Squadron, a group concerned about safe boating. He and his wife were avid boaters on the Three Rivers.

Donald enjoyed spending the winter months in Ft. Myers Beach, Florida. He was a member of the Chapel by the Sea Presbyterian Church where he participated in Habitat for Humanity and the Soup Kitchen in Immokalee. He was also a member of the Worthington Lions and the Kittanning Elks.

His memory will be cherished by his wife, Doretta L. (Speicher) Coon, whom he married on June 18, 1977; a daughter Lori D. Schell and husband, Jason of Girard, PA; three grandchildren, Carrie Stoczynski and husband, Tyler, Allison Nolan, and Jamie Dawn Horn; two great-grandchildren, Charlotte and Calvin Stoczynski; a brother, Richard Coon and wife, Connie of Warren, PA; and a sister, Lorraine Klug of Hiawassee, GA.

He is preceded in death by his parents and a sister, Wanda Himes.

At Donald's request, Funeral Services will be private.

Memorial contributions may be made in his memory to Orphans of the Storm, P.O. Box 838, Kittanning, PA 16201.