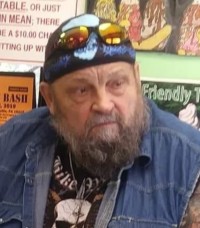 He was born on April 3, 1941 in Dover, NJ, the son of Frederick James and Katherine Barbara (Trowbridge) Henderson.

James attended Rockaway Twp. Schools in New Jersey and was a member of Tebo Methodist Church. He was glad to leave his mark on his hometown by serving on the committee to name the Dennis B. O'Brien School. Whenever he could, James would be out in nature, usually hunting or fishing, however, his family and friends could regularly find him cruising on his Harley Davidson softail motorcycle.

James will also be missed by his brothers, Marshall Henderson and wife, Linda of Phillipsburg, NJ, and Henry R. Henderson and wife, Annie of Landing, NJ; and his sisters, Barbara Eldridge of Snyderville, PA, Mary Ann Palmer of Dover, NJ, Jean Henderson of Budd Lake, NJ, and Wanda Reich and husband, Volker of AR.

James was preceded in death by his parents; and a brother, Charles Henderson.

Family and friends will be received from 2 PM until the time of the memorial service at 4 PM on Wednesday, April 20, 2022 at the Bauer Funeral Home and Cremation Services, Inc., 515 N. McKean Street, Kittanning, Pa.

Memorial contributions may be made in James' memory to the American Cancer Society, 320 Bilmar Drive, Pittsburgh, PA 15205.