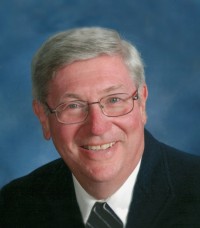 Arnold B. "Arnie" Moss, 74, of Kittanning, PA., entered into the Lord's presence Tuesday, January 18, 2022 at his home comforted by his wife and daughter.

Arnie was a lifelong resident of the Kittanning area. In his younger years, he celebrated his bar mitzvah at the Kneseth Israel Congregation of Kittanning. He received his Bachelor's Degree in Business Management from Point Park College. Arnie put his degree to use at the family business, Moss Bootery and Joe's Army & Navy, for over 34 years until closing the store in 2003. He later worked for Miller Shoes and Kidz Shoes and for Klingensmith Drug Stores for 10 years as their diabetic foot specialist.

Arnie was a strong supporter of Kittanning High School; and he attended as many football games, basketball games, and wrestling matches that he could. He was regularly in attendance at the sports banquets and often donated the trophies that were awarded to the student athletes. He spent many years on the Board of Directors for the Kittanning Little League and served as the treasurer for over 25 years. He also served as the treasurer of District 7 Little League.

Arnie was a member of the First Baptist Church of Kittanning where he served as a church trustee, a Sunday School teacher, and a member of the Outreach Committee. Arnie continued his Jewish faith leading local Passover Seders for years. After his retirement, he volunteered his time working with the Community Action Food Bank. He enjoyed playing golf, watching Pittsburgh sports, attending Pittsburgh Symphony Pops and Butler Symphony concerts, walking with Chris, and traveling with his family. Arnie will be lovingly remembered as a caregiver who enjoyed taking care of his family and friends.

His memory will be cherished by his loving wife, Christine M. "Chris" (Klingensmith) Moss, whom he married on May 17, 1971; a daughter, Claire M. Osborne and husband, James T. of Kittanning; and two grandchildren, Caleb J. and Grace M. Osborne.

Family and friends will be received from 2-4 and 7-9 PM on Friday, January 21, 2022 at the Bauer Funeral Home and Cremation Services, Inc., 515 N. McKean Street, Kittanning, PA where an Elks service will be held at 7 PM.

Additional visitation will be from 10 AM until the time of funeral services at 11 AM on Saturday, January 22, 2022 at the First Baptist Church of Kittanning, 334 Arch Street, Kittanning, with Pastor Mark Brady officiating, where military honors will be presented by the American Legion Honor Guard.


Memorial contributions may be made in Arnie's honor to the Arnold B. and Christine M. Moss Fund at the Armstrong County Community Foundation, 220 S. Jefferson St., Suite B, Kittanning, Pa. 16201 or to the Memorial Fund at the First Baptist Church of Kittanning, 334 Arch Street, Kittanning, PA 16201

Interment will be in Kittanning Cemetery, Kittanning, Pa.